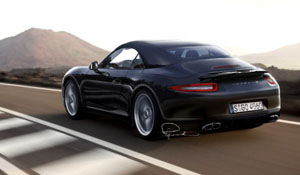 The 2011 Porsche 911 GTS, Zero to 60 in 4 seconds with a top speed of 190MPH, it’s the most powerful Porsche to date. But how would want it? Porsche recently unveiled a new generation of 911 that is more powerful and quicker that the current model. Why would anyone want to buy an outdated slow and underpowered Porsche.

It’s the natural evolution of the automobile. Porsche unveiled the 911 which was the successor to the 356 in 1963. The 356 was very popular, it was the shared platform with VW that separated the Porsche from the Volkswagen and established Porsche as a sports car and Volkswagen as an economy car.

In 1990 everything changes again as Porsche unveiled the Type 964 911 as an all wheel drive version of the 911 which made the light sports car with serious over steer issues much easier to manage and allowed less skilled drivers to own and drive the powerful sports car.

In 1998 another big change with the type 996 ending the air cooled engine era when Porsche stared using water cooled engines. It’s no big surprise considering Porsche has a Sport Utility Vehicle and a 5-Door Hatchback able to produce 550hp, the last thing a 911 owner wants it to be passed on the highway by a soccer mom in a Panamera.