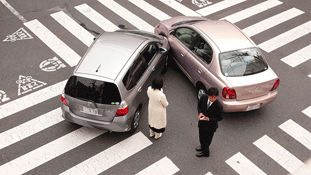 If you have the unfortunate opportunity to have been in an accident, it’s a humbling experience and one in which most people are leaving thousands of dollars on the table.

Let’s take this scenario, you in an accident, you didn't suffer any physical injuries, but your car took a beating. It’s towed away and your insurance company will send an adjuster out to take a look at the vehicle and determine 2 things; what was the car worth and how much is it going to cost to repair it. Keep in mind it’s up to the insurance company to either repair the vehicle or total it and pay you the fair market value. Being a business they are going to do what is most cost effective and in their best interests as the insurance company. Lets say they have decided to total the car and pay you what “they” estimate its value to be. They aren't thinking about what it actually costs to go buy another car like the one you had, what they do is look at past claims and determine what past insured have accepted for settlements. Oh yeah and that won’t even be close to the fair market value, but for a first shot at a settlement why not offer you the least amount they can?

They will prepare a very official looking estimated value with comparable car some having more or less options than your own vehicle, adjustments made for mileage and aftermarket parts etc. it’s not reality, these preliminary estimates are a shame at getting the majority of claims settled and on their way as soon as possible.

We get contacted by the insured and they say it doesn't seem like the settlement will buy them a car like they had, we review the vehicle history and look at the local market and in nearly every case find several thousand dollar difference in the Insurance companies favor. We perform a Prior to Loss valuation and help the insured with the dispute process of their claim and help the insured get that couple thousand more out of their claims just for putting in the extra effort to seek out an automobile appraisal.

Don’t get ripped off just because you want to put the process behind you, by accepting the first offer made by the insurance company you may be leaving several thousand dollars on the table that is rightfully yours.