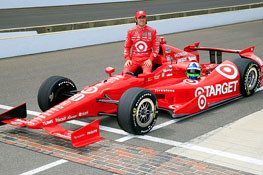 For most Americans the closest we may get to Formula 1 racing is the Indianapolis 500, most gearheads don’t realize how far reaching the sport actually is. The IndyCar class race is 200 laps on a 2.5 mile oval and without a doubt a premier race car event, but it’s not a Formula 1 event.

Outside the United States Formula One Racing is huge and probably beyond the comprehension of most Americans. Races are held on multiple continents and made of 19 races held throughout the world with race tracks selling out with capacities twice the size of the Super Bowl.

To put into perspective the NFL was viewed by over 200 million American viewers in 2012. Formula One is broadcast in over 200 countries and averages 336 million viewers worldwide per event, that’s over 67 billion for the season.

Formula One salaries are proportional to its worldwide popularity considering Ferrari team driver Fernando Alonso has an annual salary of which exceeds the combined salaries for Tiger Woods, LeBron James and Phil Mickelson.

Do you know where the Series finally will be held? Sao Paulo Brazil November 22-24.

There is more to car races than NASCAR!!!!