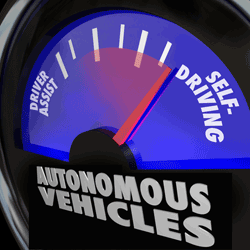 The future of automotive technology are self-driving cars. California has laid out a set of rules for those car manufacturers who want to test drive their cars on the state’s roads. To take out a self-driving car on the road, you need to have a security bond, a massive amount of insurance, and proof of your financial responsibility. These requirements are being asked for in case the car gets into an accident. Most importantly, the driver in the car should be a fully-trained driver with the proper license. States are very tough on drunk drivers, and according to the Andrade Law firm website, it is required that the driver be physically and mentally fit to be able to control the vehicle immediately in case of vehicle technology failure. If you are planning to purchase a self-driving car to avoid a DUI, here are some considerations to keep in mind.

It is speculated that self-driving cars can reduce the chances of DUI accidents. However, the technology is still not so reliable as to let people drive autonomous cars in a drunken state. It is interesting to imagine a scenario where one could hop into their self-driving cars and press the “To Home” button. The car would then drive the person home safely, and keep roadways safe as well. As great as this might seem, this scenario is quite a few years away.

But, let’s not give up hope. Recently, Audi tested its A7 Sportsback in Silicon Valley and drove to Las Vegas almost unaided. This test drive was an example of what other automakers are hoping to bring to the market in the form of autonomous cars. Audi’s nickname for its A7 is Jack; a car that looks just like any other car. Jack’s notable difference is in the DARPA-era sensors attached to the top and sides of the car-not to mention its outrageous antennae.

The self-driving Audi was capable of driving at a maximum speed of 70mph or 110 kmph.  Whenever a built-up area approached, the car could sense it from a distance and alerted the driver to take over. However, it was noted that it takes almost 10 seconds for a driver to be ready to take over. Moreover, it has issues when there is another car suddenly cutting into the lane.

The role of the autonomous vehicles in stopping accidents caused by DUI is still under speculation. We can expect these cars to be expensive, owing to the fact that they use expensive sensors. The sensors used in these cars function in three ways – blind spot detection, adaptive cruise control, and lane departure warning. In addition to that, there will be laser scanners in the front and rear parts of the car for better recognition of moving and static objects. The autonomous car by Audi also features cameras for near-distance detection.

Looking into the technology, it can be said that the self-driving car will also needs the driver to be alert and sober to be able to take immediate manual control of the car in case of an autonomous technology failure. In the meantime, drivers are strongly encouraged to avoid drinking while driving. Avoiding DUI’s altogether can be less expensive than purchasing an Audi self-driving car. Needless to say, safety on the road should always be priority #1.