Home   >   The psychology of collecting cars 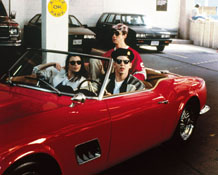 Request an appraisal
Tweets by @AutoNetwork
© 2019 All Rights Reserved

To request an appraisal, please complete the sections below:
The psychology of collecting cars
Facebook Twitter Google+ LinkedIn Email