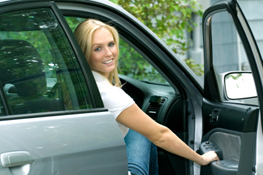 The number one cause of teenage death in the United States is motor vehicle accidents. In fact, according to the center for disease Control (CDC), approximately 2,700 teenagers between 16 and 19 years old died in car accidents in the United States in 2010, and another 282,000 were treated in the emergency room. People between the ages of 16 and 19 are also three times more likely to be involved in a crash than those who are over 20. What these numbers show is that the odds are against teenagers when they get behind the wheel. What the numbers don’t show, however, is that there is a solution – parental involvement.

A driver’s license means freedom and social status to a teenager, but it means currency and leverage to the parents. A parent’s job isn’t done once they’ve instilled safe driving habits into their teen driver. They have to then impose limits and require that they be followed. If not, it must be made clear that the repercussion is revocation of driving privileges. If a parent doesn’t follow through, the results can be deadly. Here are a few tips on how to help your child become a safe driver.

The first thing to instill in teen drivers is the critical importance of paying attention behind the wheel. Distracted driving accounts for so many types of car accidents every year that it’s now considered an epidemic.

When a teen is texting, for example, the chance of getting into a collision increases by 23 times. How? Texting distracts a person in three critical ways: manually, visually, and cognitively. All three are required to drive safely, but texting takes all of a person’s attention, including their eyes, off the road for an average of just under 5 seconds. At 55 mph, that’s like being blindfolded and driving the length of a football field.

Fortunately, there are apps available that can help you monitor your teen’s cell phone use while they’re driving, and many even allow you to set up the phone so that it won’t even allow incoming or outgoing text or calls while the vehicle is in motion. These apps include CellControl, DriveOFF, DriveSafe.ly, and Textecution.

It’s often easier said than done, but when you, as the parent, follow the advice you give your children, they are much more likely to adhere to it themselves. When you get behind the wheel, do everything you would want your teen to do, including: always wear your seat belt, drive sober, and never use your cell phone, or engage in any other distracted driving habit. Also, obey all traffic laws and explain them as you drive (while keeping your eyes on the road!).

When your teen is behind the wheel, he will already feel the stress of his parent’s watchful eyes bearing down while he’s navigating a 2,500 lb machine. So, be positive. For example, instead of asking “How many times have I told you to stop completely at a stop sign?!” you might try “Can you think of why it might have been unsafe to roll through that stop sign?”

In other words, use mistakes as teaching tools rather than for punishment. On the other side of the same coin, anytime you catch your teen doing well, point it out. They are more likely to remember what it was they did, and they will continue the practice.

Just because a teenager has received his license doesn't mean he’s prepared to drive anywhere with anyone because a driver’s license doesn't necessarily equal driving experience. Teenagers should only be allowed to drive with friends in their car after they've proven that they’re responsible drivers. Only a parent can assess that, and each child is different. The same thing goes for night driving. Inclement weather is something that no child should drive in, however, especially if the teen hasn’t been exposed to it. For example, if you live in Austin, Texas, you should keep your teenager out from behind the wheel if it snows. Otherwise, it’s almost a guarantee that you’ll be hearing from an Austin car accident lawyer.

Teaching your teenager the art of safe driving takes time, technology, tactfulness, and tenacity. There is no better instructor than a patient parent, and no better method than hands on behind-the-wheel supervised experienced. It allows the teen a safe place to gain the judgment and experience necessary to grow into a safe, competent and confident driver.

To request an appraisal, please complete the sections below:
Teach Your Teen the Art of Safe Driving
Facebook Twitter Google+ LinkedIn Email