Leave Review on Google Leave Review on Facebook Check out what our clients say
Home   >   Is it Really Safer to Ask Your Nanny Only to Drive the Back Roads? 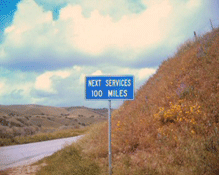 When one of the responsibilities you’ll be charging your nanny with includes driving your children to and from various activities, it’s perfectly natural to be a bit nervous. After all, you’re entrusting incredibly precious cargo to the driving abilities of a relative stranger. For some parents, the best solution to the issue is the establishment of a rule that bans highway driving. When your nanny isn’t driving on the interstate or major highways with your children, the speed at which she travels will be restricted and she may encounter less traffic. Before you decide to forbid highway cruises when your kids are in the car, however, there are a few things that you might want to consider.

Safety By the Numbers

According the United States Department of Transportation’s Federal Highway Administration, the interstate system was established in order to help improve the safety of travel in the United States and to reduce the fatality rate of car accidents. While the sudden lane changes and higher rate of speed can make the highway seem like a more dangerous place, the truth is that this just isn’t always the case. From a statistical standpoint, interstates are generally safer than other types of roads. Paired with the fact that cars on the highway are traveling in the same direction at roughly the same velocity. On rural roads and back roads, this is not usually the case. When cross-traffic, cyclists, pedestrians and motorcycles are factored into the equation, the risk for impact actually rises.

If you’re looking at the issue of back road driving versus interstate or highway transportation while your nanny’s at the wheel and the kids are in tow, statistics aren’t always the most comforting reassurance of your children’s safety. It’s also important to realize that while the statistical likelihood of your children being involved in an accident is actually lower if they’re on the highway, crashes that do happen on the interstate are often more severe than their counterparts on back roads with lower speed limits. Still, Federal transportation data collected in 2007 showed that 0.54 people were killed for every 100 million vehicle miles driven on urban interstates. Those numbers jump to 0.92 for every 100 million vehicle miles on urban highways and arterials, up to 1.32 fatalities per 100 million vehicle miles on local urban streets.

If you live in a rural or semi-rural area and your nanny will be driving your children to and from events in neighboring towns or cities, the risk of forcing her to take only rural roads jumps dramatically. The two-lane highway may have a posted speed limit of only fifty-five with fewer drivers that the interstate that runs into the same town, but the National Highway Traffic Safety Administration’s data shows that the risk of fatal crashes on rural roads is up to 2.5 times higher per mile traveled than on urban highways and interstates.

The circumstances that surround your decision to either ban or allow highway driving are as unique as your family itself. The area in which you live, the distance your nanny will have to travel and the frequency of trips with your kids in the car are all factors that will affect the statistical safety of your kids while they’re riding with Nanny. The one thing that’s universally true when it comes to making kids safer in a vehicle with a childcare provider is that it’s imperative to run a full background check on your nanny as part of a pre-employment screening process. That background check should definitely include, but not be limited to, her driving record. If your dream nanny interviews well and her driving record is questionable, you may want to rethink your decision regarding the extension of an employment offer or rework the schedule so that driving is never one of her responsibilities. Make sure that any vehicle a nanny drives with your kids inside is properly fitted with the appropriate seats and restraints, and that the children understand the importance of behaving in a manner that’s not distracting to the driver. Remember, there’s no such thing as being to cautious when it comes to protecting your kids on the road.

To request an appraisal, please complete the sections below:
Is it Really Safer to Ask Your Nanny Only to Drive the Back Roads?
Facebook Twitter Google+ LinkedIn Email