The star of the show isn't what you think

If one were to take a guess as to the strongest asset class for investment, considerations such as fine art, rare wine or bluechip stocks might come to mind. Investment banking powerhouses across the country have long had client portfolios chocked-full of traditional- based instruments, all confident that the strategies will yield handsome returns. Yet, the starlet of the investment stage is not precious stones, rare coins or even Big Board stocks - it is a heroine of a different breed, and one that might surprise many: classic cars.

Ten years removed from the chill of the frozen economy, investment strategies are beginning to become clear. Rare watches have appreciated 65 percent; fine art has appreciated 130 percent; and precious jewels 147 percent.  The Dow Jones has yielded an impressive 215 percent return. However, these returns pale in comparison to the 404 percent return the collector car market has achieved during this same time period.

If there is any question on this point, consider the Ferrari 250 GTO. In 1962, when the car first was first introduced, it had strike price of $6,000. By 2004, GTOs were trading at $10 million, and six years later - at the height of the recession - the Italian machines were crossing the block at $26 million. If that sounds incredulous, consider that by 2014 GTOs had climbed to $38 million, and just last month, a "Gran Turismo Omologata" (the full name of the GTO) sold for an eye-popping $70 million.

If the Ferrari 250 GTO sounds like an anomaly it is not. In 2013, RM Auctions sold a Ferrari FSO for $800,000. In 2017, the auction house sold essentially the same car for $3.1 million. And if Ferraris have stolen the show, Porsches have taken the whole darn auditorium. In the last 10 years, classic Porsches have increased an astonishing 683 percent. What is particularly significant about this is that, unlike Ferraris which have become stratospheric in their pricing, classic Porches are still relatively affordable.

What is particularly interesting is the resiliency the market has had through challenging times.

Take for instance the 1958 Ferrari California, the car made famous as the Ferris Bueller car that suffered a fateful ending. In 2005, the average price was $1.5 million. By 2015, 10 years later, the average price had climbed to $14 million, an 850 percent increase – and this is through the recession. In fact, according to WMG Advisors, collector cars are the only asset class that that actually rose in 2008, when all other assets were in a freefall.

If the retail side of the automotive industry has seen a return of confident buyers, the classic car industry has exploded with enthusiasm. With their million-dollar price tags, classic cars attract financial moguls who tend to be smart with their dollars. For those with the industry specific knowhow, fortunes are there to be made in a New York minute in an industry that is bristling with hyperactivity.

Jonathan Michaels is the founding member of MLG Automotive Law, APLC, which specializes in representing clients in the automotive industry.  https://mlgaplc.com/ 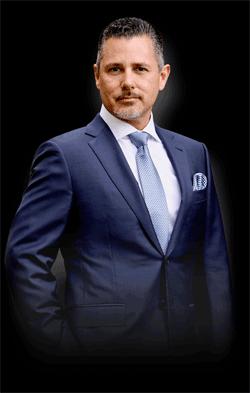