Finally Getting the Car of Your Dreams 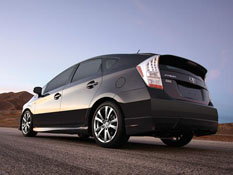 Time and time again, the number one reason given when asking a customer why they choose the car we are appraising is that it was the cool car to have when they were in there late teens and early 20’s.

Here in Orange County were surrounded with customizing shops specializing in getting you that cool car that was popular in high school but you could never afford. We have 2 shops that specialize in nothing but high end Porsche’s, not like the ones you buy from the dealership, but race capable all new running gear modern drive trains in classic Porsche chassis. When you see them at a glance you thin that’s a classic, but if you look closer you notice, boy, those are some huge tires on that 911, why so much rubber?

I see an increase in the number of high performance gas guzzling cars like Shelby Cobra Replicas, ’57 Chevy Bel Air’s with 500 CID engines and larger, ’69 Camaro’s and Chevelle’s with big Block engines the performance upgrades are unlimited and so are the folks commissioning the se cars to be built.

These are all cars that were Cool when these folks were in High School and for my generation it’s true all over again, my peers are buying the cars that were cool then.

Can you imagine in 30 years someone upgrading up a Toyota Prius with a 10kw Hydrogen fuel cell?

To request an appraisal, please complete the sections below:
Finally Getting the Car of Your Dreams
Facebook Twitter Google+ LinkedIn Email