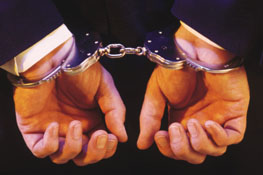 In early February, The Arizona Republic reported that detectives executed a search warrant at Torgerson's auction business. A police spokesman said no arrests have been made, but Torgerson is considered a suspect in the fraud investigation.

The case involves 20 suspected victims in Arizona and others in Texas, Alabama, Wisconsin and London. Police reported victims' losses are estimated at $500,000.

According to the newspaper, the investigation dovetails with several lawsuits filed last year by clients seeking thousands of dollars in damages from Torgerson and his businesses.

Torgerson's business practices have earned both of his businesses a "F" rating by the Better Business Bureau of Arizona, which has received 33 complaints in three years, according to the bureau.

County tax records show Torgerson had liens against two pieces of property in 2008 and 2009. His property at 1245 S. Gilbert Road was scheduled for sale Feb. 15, county records show.