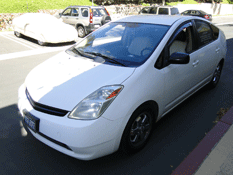 In the early days of hybrid and electric vehicles, it was a common belief that they were inherently unsafe, and just a passing fad. Times sure have changed. From 1999 – September 30, 2013, almost 3 million hybrid vehicles were sold in the United States. That’s no passing fad.

As far as safety goes, hybrid and electric vehicles in the United States actually have to meet the same safety testing requirements as conventional gas-powered vehicles, so they’re all measured by the same benchmarks. In some cases, hybrids have actually pulled ahead of the pack and proven to be safer than their gas-powered counterparts. In other areas, though, hybrid and electrical vehicles have shown to be less safe, though the reasoning may not be obvious.

One very interesting complaint related to hybrid and electric vehicle safety is the fact that they are so quiet. How is that a safety issue? A pedestrian or bicyclist may not hear an oncoming hybrid vehicle because it’s so quiet. The pedestrian could easily walk out in front of the vehicle, causing the driver to hit the brakes. The car behind them wouldn’t be able to stop fast enough and it would hit the hybrid, causing a chain reaction rear-end collision. Then, wherever the accident happened, whether it was in Anchorage, Atlanta, or Austin, a car accident lawyer would have to untangle the mess.

To combat this concern, the National Highway Traffic Safety Administration (NHTSA), in conjunction with the U.S. Department of Transportation, has established new rules requiring that some vehicles be manufactured so they make a certain level of noise on the road. The new rule applies specifically to any type of vehicle that is “capable of propulsion in any forward or reverse gear without the vehicle’s internal combustion engine (ICE) operating”, according to the U.S. Department of Transportation’s new rules.

The battery pack in a hybrid vehicle makes it about 10 percent heavier than gas-powered models. As a result, hybrids are less likely to roll over and the passengers aren’t subjected to such high crash forces. In fact, according to the Highway Loss Data Institute (HLDI), the odds of injury in a hybrid vehicle are 25 percent lower than they are in a gas-powered vehicle because of the weight of the battery pack.

Batteries in hybrid and electric vehicles are supposed to last the lifetime of the car. They are also designed to deactivate the entire electrical system when a collision or short circuit is detected. However, there is a concern among first responders that the high-voltage systems that are built into alternative energy vehicles pose a great risk to them because not every vehicle is marked as an electric or hybrid car. That means that the emergency personnel who arrive on scene may not be aware of the electrocution hazard. Industry leader, SAE International, has suggested, among other things, that there be distinctive markings or lettering on all sides of each vehicle to serve as a notification for responders.

Federal safety regulators are currently conducting research into the potential safety hazard associated with lithium-ion batteries being used in vehicles. The study, scheduled to go through 2014, will address two concerns: whether the battery will catch fire while it’s being charged and will it catch fire when the vehicle is in an accident. Since it’s projected that 70 percent of hybrid vehicles will be powered by lithium-ion batteries in the next two years, the concerns are urgent.

Hybrid and electric vehicles have come a long way since the first mass-produced Toyota Prius hit the market in 1997. Advancements in technology and innovation have made them much safer and much more accessible to and accepted among vehicle owners. Government and auto manufacturers continue to collaborate on improving the vehicle’s safety designs, which will make them even more appealing to consumers. It looks like hybrids really are here to stay.