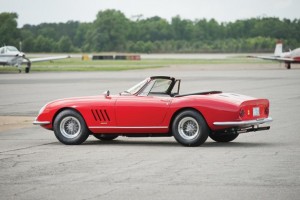 One of 10 built for the North American Racing Team sold at RM Monterrey for $27.5 Million setting a new world record  for a non-race car sold at auction.

Pre-Auction estimates were  that the car would sell for more than $14 million.  This last Sundays sale at nearly twice the estimated sales price was welcomed by the Estate of Eddie  “George” Smith, the late founder a successful mail-order business in Lexington, N.C.  Smith picked up his chassis 10709 at the factory in Maranello, and it's been in his family up to Sundays RM auction.